8 Reasons to Make Dining at Festival Bay a Frequent Experience 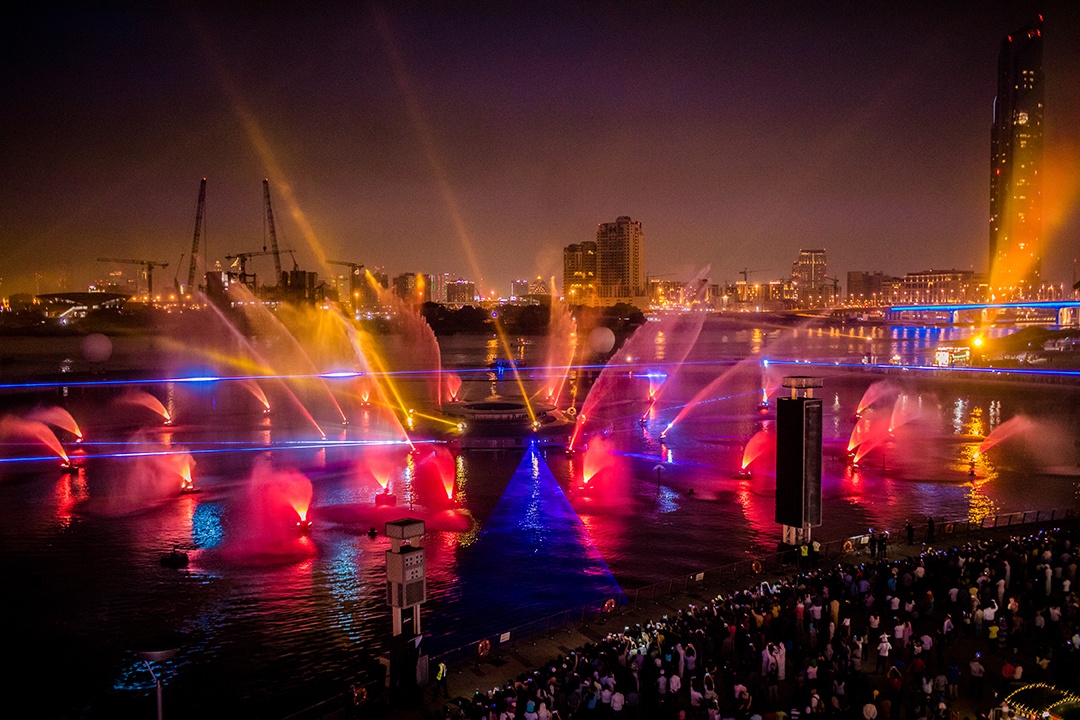 8 Reasons to Make Dining at Festival Bay a Frequent Experience

A record-breaking light and water show on Festival Bay, called IMAGINE Dubai, runs every day at hourly intervals from sundown until 11 p.m. It is a visual extravaganza, to be sure, and this best Dubai light show is the primary reason people flock to Festival Bay to dine. You get a front-row seat to the fountain show when you eat at Festival Bay.

Apart from IMAGINE, however, there’s also the bay itself — to be precise, the Dubai Creek and its spectacular water view.

In a Journal of Environmental Psychology study published in 2010, researchers found that sceneries with water in them, regardless of whether the environment was natural or built, were preferred and associated with greater positive affect and perceived restorativeness than those without water. In other words, people found scenes with water more attractive and showed more willingness to visit them and pay for a hotel room with such views.

Indeed, water has an established psychologically restorative effect. This is why people feel better and are happier near water. This is another reason people love dining at Festival Bay: its invigorating water view.

Aside from the dazzling light and water show and the restorative Dubai Creek view, there are eight other reasons you might want to dine frequently at Festival Bay. These are the eight restaurants you can try at Festival Bay.

If you’re in the mood for authentic Emirati cuisine, head to Al Fanar Restaurant & Café. This is where you can get shakshouka, Beidh wa tomat, keema, paratha wrap, khoboz reqaq, khoboz al khameer, chebab, and other traditional Emirati breakfast options all in one place.

Fans of fine food experiences in Dubai will be thrilled to discover this creation by the Michelin-starred Chef, Pierre Gagniere, easily accessible in Dubai Festival City. Located at the Promenade level of the Intercontinental Hotel by the water, Pierre’s Bistro celebrates the best of authentic French cuisine, paired with trendy cocktails.

Those with adventurous palates will love to sample fabled French delicacies like foie gras, grenouilles and escargot, while everyone else will enjoy the sumptuous truffle or lobster creations, or a hearty yet flavourful Wagyu ribeye. Follow it up with a decadent dessert like the Guanaja chocolate souffled biscuit, frosted lemon panna cotta or a rich Baba au rhum – as dazzling a spectacle as you can imagine.

That brings us to the eternal favourite, pizza, which knows no occasion or season. If you’re craving California-style pizza, go to California Pizza Kitchen. This restaurant chain has more than 250 locations worldwide and serves pizza, salad, pasta, and desserts.

In California Pizza Kitchen, you can get your fill of pizza with unique and inspired flavors like BBQ chicken, wild mushroom, Jamaican jerk, and chicken fajita. While you’re there, don’t miss their specialties of chicken piccata with spaghettini, lemon, capers, and cream, fire-grilled Angus Beef ribeye with sea salt and blue cheese butter, and roasted North Atlantic salmon with smoked paprika and lime.

In the mood for Italian? Visit Eataly. They serve bruschetta, arancini, burrata salad, and fava beans risotto. Their specialty, of course, is Italian pasta and pizza.

If you want more than pizza and pasta, they serve grilled chicken, grilled salmon, lamb chops, veal rack, and your choice of steak.

When you think Peri-Peri chicken, think Nando’s. Choose between on the bone or off the bone peri-peri. Take your pick among chicken cataplana, chicken butterfly, and espetada. They also have Ramadan meal platters and burger, pita, and wrap options.

Semsom is Dubai Festival City Mall’s go-to place for Lebanese cuisine, and it is particularly known for its extensive hummus selection. They have hummus mixed with fried cauliflower, Lebanese black olives, za’atar and sumac spices, freekeh, baby veal cuts, and basil, among other variants.

Aside from hummus, they have tabbouleh, fattoush, and freekeh salad, which are perfect paired with their taouk, kafta, kabab, and marinated baby veal.

You know you’re in for a sweet treat when you visit Sugar Factory. You should try their King Kong Sundae, a gargantuan portion of 24 scoops of ice cream with gobs of delectable toppings. Of course, make sure you have someone to share this delight with when you order it. Other dishes worth trying are their cheesecakes, ice cream sandwiches, fondues, waffles, and rainbow sliders.

Festival Bay at Dubai Festival City is a superb dining destination. It gives you the best vantage point for watching the IMAGINE light and water show, one of the top things to do in Dubai. It is also a place to take in the calming view of the Dubai Creek and its spectacular sunset.